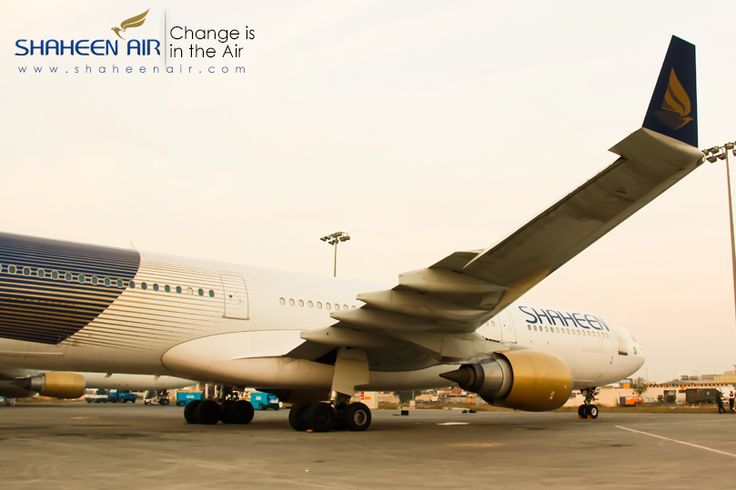 Two Pakistan-based airlines inducted on Friday new aircraft into their respective fleets aimed at expanding operations to new destinations with the industry’s average annual growth of 8-10%.

State-owned Pakistan International Airlines (PIA) has inducted a long-range, wide-body and twin-engine jet Boeing 777-300 into its fleet. The aircraft can accommodate 400 passengers.

Meanwhile, Shaheen Air International (SAI), which claims to be the largest private airline in Pakistan, has inducted a short-to medium range, narrow-body and twin-engine jet A319, which can carry 150 passengers.

The addition of the new aircraft is expected to earn significant revenue for the two airlines as they are fuel-efficient and have been inducted at a time when oil prices continue to hover just above record lows.

PIA spokesperson Mashood Tajwar told The Express Tribune that the latest induction had increased the fleet strength to 32 aircraft. “The national carrier will soon start flying to Najaf in Iraq,” Tajwar said.

PIA attracted one million passengers last year. It operates 120-130 flights a day, majority of which go to international routes.

“We need more aircraft to accommodate new passengers. PIA has planned to increase its fleet strength to 50 jets by 2020,” Tajwar said.

He said the airline would increase its fleet strength gradually. More importantly, it would be done depending on plane requirements and availability of resources at the cash-strapped airline’s disposal.

The airline, which has kept changing its business plan to turn profitable, will operate the long-haul aircraft mostly on international routes. “It (latest Boeing 777) will make its next flight to London,” Tajwar added.

The aircraft, however, made its maiden flight (PK308) from Karachi to Islamabad on Friday evening, carrying 300 passengers.

A high official of the airline recently said PIA continued to fly on loss-making routes to Europe and the US. “Besides, it has lost plenty of business on domestic routes to international airlines under the open skies policy of the government,” he added.

Under the new plan, it might cut the number of flights on loss-making international routes. On such routes, the airline will operate from one domestic airport instead of multiple ones.

“Under the new strategy, we may transport passengers from different parts of the country to one airport (eg Karachi) and take them to their next international destination,” he told The Express Tribune.

This is the sixth A319 jet that the airline has inducted into its fleet in the past eight months. It is scheduled to receive one more jet of the same make and model in the next couple of months, SAI Chief Marketing Officer Zohaib Hassan said.

“The sixth Airbus A319 allows SAI to expand on its local and international routes, while providing passengers the highest standards of service and reliability,” a press statement added.

Hassan said: “We are constantly looking to expand our fleet size as we set our sights on new local and international destinations.”

With the latest induction, the airline is now operating 27 planes. An industry expert said Pakistan was a large market for the aviation industry with its population size estimated at around 200 million.

“With this notable size of the aviation market, Pakistan-based airlines are still operating with less than 100 aircraft in total,” he deplored, adding “there is still a supply deficit in air traffic which may be met through the launch of new airlines.”