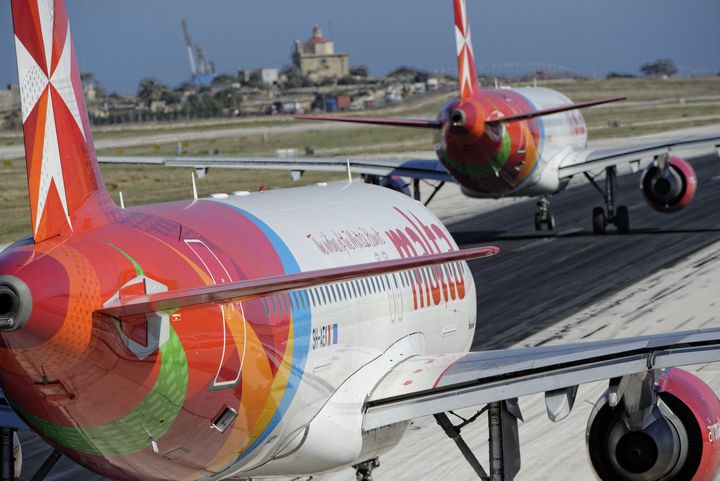 In its first month of operation over 1,500 passengers have travelled on Air Malta’s new route to and from Tunis. After an absence of eight years from the Tunisian capital, the Maltese airline resumed its services initially with a three times a week operation on the 26th June.

These results are very encouraging and exceed expectations. The new service is a direct result in-line with the airline’s growth strategy to create a stronger Air Malta through the re-introduction of new routes unserved by other carriers and increase in frequencies on its most popular services.

Paul Sies, Air Malta’s Chief Commercial Officer stated, “We are very pleased and encouraged with these preliminary figures and forward bookings. We have already received over 2,000 more bookings for the next weeks with over 40% of these having connecting flights on other Air Malta destinations. Many people are travelling from Brussels and Paris to connect in Malta to Tunis. On the 28th of July, we operated the 1st fully booked flight to Tunis, this is much faster than we expected. Cargo services, which we are also offering on this route, are also picking up well.

The development of connections with the Middle-east and Africa are part of the growth strategy of Air Malta. The success of the Tunis operation clearly shows the potential of such a growth strategy that will allow more and better times flights to the most popular destinations in the Air Malta network.

‘Following the good news that our Board of Directors has approved our plans for the ninth aircraft, we are following in-depth market studies on additional frequencies and new routes for summer 2018. We shall keep on building on this good news in the coming weeks with an overhaul of our product range which is set to revolutionise our services and ultimately entice more passengers to fly with us,” added Mr Sies.

Through the route, Air Malta opened a new gateway to North Africa facilitating the movement of passengers between the two continents. Thanks to short and convenient transfers through Malta International Airport, this new Air Malta service is offering seamless flight connectivity between Tunisia and the European cities of Vienna, London, Rome, Amsterdam, Prague, Munich, Brussels, Marseille, Catania, Milan and Zurich.

SWISS now flying with a fully-

Flair Airline looks to grow it

SAA Continues Operations As No