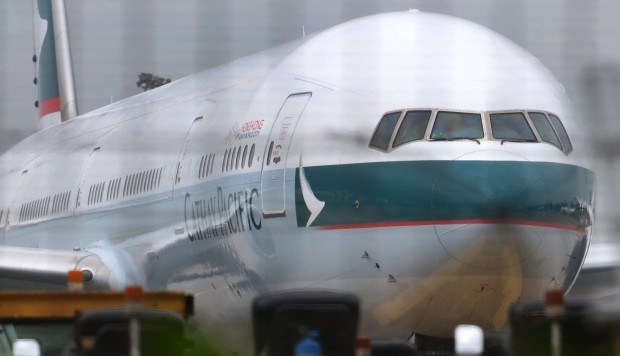 A female passenger on a Cathay Pacific flight bound for Hong Kong got so frustrated by slow service that she kicked and hit a flight attendant, according to police.

The 34-year-old Chinese national – surnamed Liu – with a Hong Kong resident identity card was travelling on CX754 from Bangkok to Hong Kong when the incident happened, a Hong Kong police spokeswoman said.

Angry that the flight attendant was taking too long to clear her food tray, the woman allegedly lashed out, kicking the 29-year-old staff member, surnamed Wen, twice on her leg before hitting her shoulder.

Liu was arrested by police at Hong Kong International Airport at 4.23pm on Friday, the spokeswoman said.

She could not give any further details on the flight attendant’s condition and did not know whether Liu had been charged.

Despite the incident, the flight landed slightly ahead of its scheduled 4.30pm arrival time, according to the Hong Kong airport’s website.

In 2015, Swiss tourist Rolf Rimann was arrested upon arrival in Hong Kong for indecently assaulting three Cathay Pacific flight attendants during a flight from Zurich, Switzerland.

Rimann was sentenced to 30 days in jail after being found guilty on three counts of indecent assault.