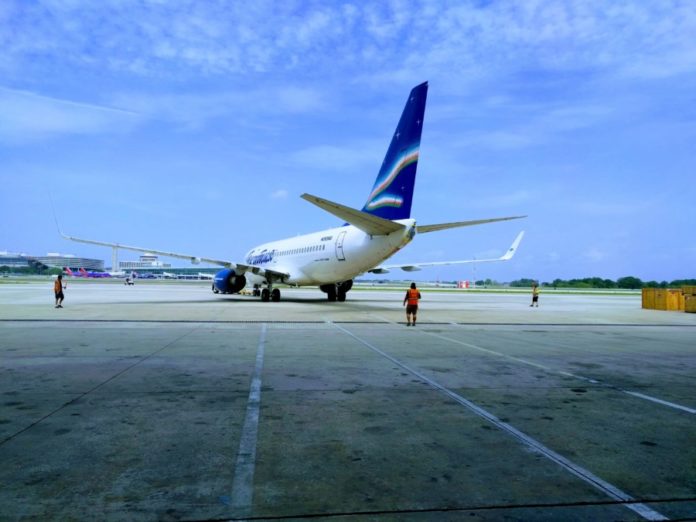 In April, PEMCO launched its passenger-to-FlexCombi and passenger-to-freighter (P2F) conversions for the Boeing Next Generation (NG) B737-700 aircraft, which has been well received in the marketplace.

Director of conversion programs, Mike Andrews (pictured below) says while he cannot disclose the exact number of orders – it has a backlog.

He also explains: “Our market size in China is also worth mentioning, seeing that PEMCO has converted roughly 70 per cent of all B737-300/400 flying in China right now. Looking into the future, we’re excited for our B737NG programs, and working to make the FlexCombi a reality.”

The launch customer for the B737-700FC is Bahrain-based Chisholm Enterprises, and its subsidiary Texel Air, a non-scheduled cargo airline, will operate the B737-700FC from Bahrain International Airport.

Andrews says the FlexCombi concept would not exist without Chisholm. “The company vetted a number of conversion houses, and after an extensive evaluation process, chose PEMCO to bring the FlexCombi to life. Texel Air’s customers require unique services and flexibility.

“Having worked together in the past on four B737 conversions, including two aircraft currently in its fleet, PEMCO fully understands Chisholm’s needs, making the partnership a great fit.

“We cannot disclose the exact number of orders at this time,” he explains.

He feels the B737NG conversions will prove popular especially in China and Europe and feels it will be used to replace existing classic fleets. “In addition, China is a major market for express delivery with a boom in e-commerce and an increased spending ability of its middle-class,” Andrews says.

Among other recent deals were in April, when it signed an agreement with South Korea-based Air Incheon to provide a Boeing 737-400 P2F, and that it will be converting two B737-400s for parent company Air Transport Services Group (ATSG) for China-based Okay Airways.