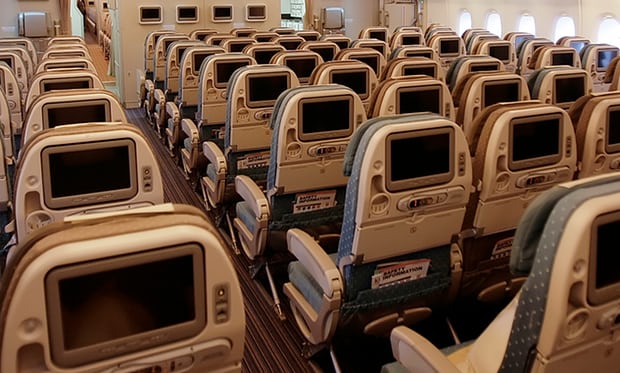 A US appeals court panel has said that federal officials must reconsider their decision not to regulate the size of airline seats as a safety issue.

In a ruling on Friday, one of the judges called it “the case of the incredible shrinking airline seat”.

The Flyers Rights passenger group challenged the Federal Aviation Administration in court after the agency rejected its request to write rules governing seat size and the distance between rows of seats.

A three-judge panel for the federal appeals court in Washington said the FAA had relied on outdated or irrelevant tests and studies before deciding that seat spacing was a matter of comfort, not safety.

The judges sent the issue back to the FAA and said the agency must come up with a better-reasoned response to the group’s safety concerns.

“We applaud the court’s decision, and the path to larger seats has suddenly become a bit wider,” said Kendall Creighton, a spokeswoman for Flyers Rights.

The passenger group says small seats bunched too close together slow down emergency evacuations and raise the danger of travellers developing vein clots.

FAA spokesman Ian Gregor said the agency was considering the ruling and its next steps. He said the FAA considers the spacing between seat rows when testing to make sure airliners can be evacuated safely.

The airline industry has long opposed the regulation of seat size. Its main US trade group, Airlines for America, declined to comment on the ruling.

Airlines have steadily reduced the space between rows to squeeze in extra seats and make more money. On discount carrier Spirit Airlines, the distance between the headrest of one seat and that of the seat in front of it a distance called “pitch” is 28 inches (71cm), which, after accounting for the seat itself, leaves little legroom for the average passenger.

This year, news leaked that American Airlines planned to order new Boeing 737 jets with just 29 inches (74cm) of pitch in the last three rows to make room for an extra row of premium-priced seats toward the front of the plane.

American Airlines chief executive Doug Parker said on Friday that after objections from customers and flight attendants, the airline backed off. Those rows will have 30 inches (76cm) of pitch, which is still a tighter fit than the airline’s current planes.

Flyers Rights said the average seat has become narrower too, shrinking from 18.5 inches (47cm) a decade ago to about 17 inches (43cm). The group got the judges’ attention.

“This is the case of the incredible shrinking airline seat,” Judge Patricia Millett wrote in her ruling. “As many have no doubt noticed, aircraft seats and the spacing between them have been getting smaller and smaller, while American passengers have been growing in size.”

The issue could wind up in Congress. Some lawmakers have proposed legislation to regulate seat size.