Traveling across Africa's huge distances can be expensive.

Not that long ago, getting from one city to another often meant a connection in Europe.

Low-cost airlines are taking off across the region, serving routes that cater to the continent's growing middle class.

It hasn't been easy for them.

African nations signed an "open skies" agreement in 1988, similar to the one in Europe that cleared the way for successes like easyJet.

Most countries have yet to actually implement the agreement.

But as the number of potential travelers grows, the new low-cost airlines are slowly convincing governments about the benefits of increased air travel.

"There are more than one billion people on the African continent, which is home to just 3% of the world's aviation business," says Ed Winter, CEO of Tanzania-based fastjet. "It is clear that the continent remains in desperate need of improved and affordable aviation connectivity."

There's a long list of failed ventures -- Velvet Sky and 1time in South Africa both went bust in 2012.

Fly540 scrapped its flights to Accra and Luanda last year.

But that's not deterring new operators.

1time hopes to reboot itself this year.

Nigeria's Arik Air is looking into creating a low-cost carrier. 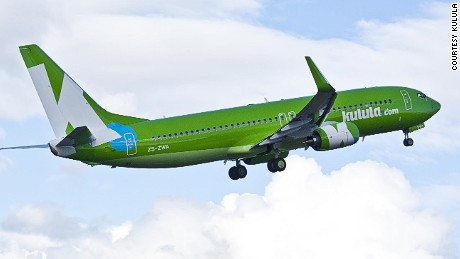 Kulula.com took off in 2001 as Africa's first low-cost carrier.

It's still one of the most successful, and the funniest.

On its trademark green planes, flight attendants wisecrack through safety announcements, and they've been known to quiz passengers who don't pay attention.

But the airline is serious business too.

It's operated by South Africa's Comair, the local partner of British Airways.

Kulula has also forged deals with Air France and Kenya Airways that have it spread to five other countries.

One of the most ambitious of the new carriers, fastjet took off in 2011 running domestic routes in Tanzania.

Over the last two years it's expanded to four other countries.

The airline has big experience and big backing.

Its boss Ed Winter is a former executive at easyJet, which has a stake in the African venture.

The airline has set its sights on cracking the lucrative South African domestic market, while also negotiating new routes across the region. 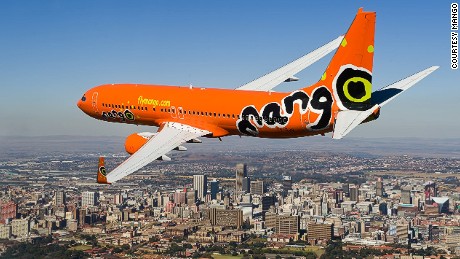 Mango's fleet is decorated with a distinctive orange livery.

More than any other airline, flyafrica.com has stepped into the void left by the shrunken Air Zimbabwe.

With Johannesburg as its hub, flights started last year with jaw-dropping specials like 99-rand ($9) trips to Victoria Falls.

In addition to that popular run, it also flies the normally pricey route to Harare -- to the relief of the hundreds of thousands of Zimbabweans living in South Africa.

But those cheap tickets don't include any checked bags.

Mango is known for flash sales, with big rebates for fliers who join its mailing list and are willing to book instantly.

One of the newest competitors within South Africa, FlySafair took off in October and has been trying to build a customer base over established rivals Kulula and Mango.

It made a big show of lowering its ticket prices this year to reflect cheaper fuel costs.

The tickets are already stripped down -- they don't include checked bags.

Here's an airline that shows both the incredible possibilities and the challenges of setting up new routes across Africa.

Fly540 has enjoyed success in Kenya, where its flights connect even the desert outpost of Lodwar to the rest of the country.

But it had to scrap operations in Ghana and Angola in 2014. Now it focuses on Kenya and neighboring countries.

The budget airline was launched in 2014 by Kenya Airways and only serves four cities, but aviation authorities have cleared the way for JamboJet to operate flights across Africa from Nairobi and Mombasa.

Once a troubled name in African aviation, this carrier was shut down over the 2012 crash that killed 153 people in Lagos.

Dana Air resumed flying a year ago and says all safety concerns have been addressed.

It's still working on getting certified by the international aviation authority IATA, but has resumed domestic routes. 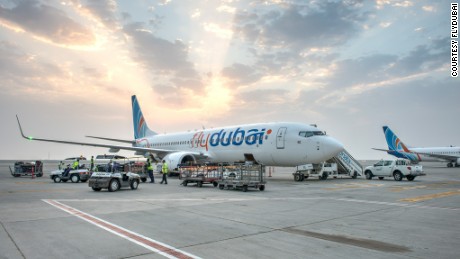 Although clearly not based in Africa, the airline connects 12 cities on the continent, if passengers don't mind a layover in Dubai.

flydubai.com added six cities in 2014, and this year was inaugurating a new flight to Hargeisa in Somaliland.

This new carrier has just started selling tickets for its maiden flight between Johannesburg and Cape Town, scheduled for March 5.

The airline is a reboot for the shuttered 1time, whose top executives are behind the new venture. Among their bragging rights: no charges for checked luggage.

A Solvent Recapitalisation of